The old town of Frankfurt am Main was destroyed in a bombing raid in March 1944. 75 years later the old town quarter has now been recreated: consisting of 35 buildings, it includes 15 faithful reconstructions of the original structures and 20 new buildings of superior architectural quality and craftsmanship. Some original house parts which had been preserved were even used in the construction.

The New Old Town features a mixture of apartments, shops, cafés, restaurants and museums, and is already proving a popular meeting place for Frankfurt's citizens and visitors alike.

The site also includes the "archaeological garden", which contains excavations from the Roman occupation period. 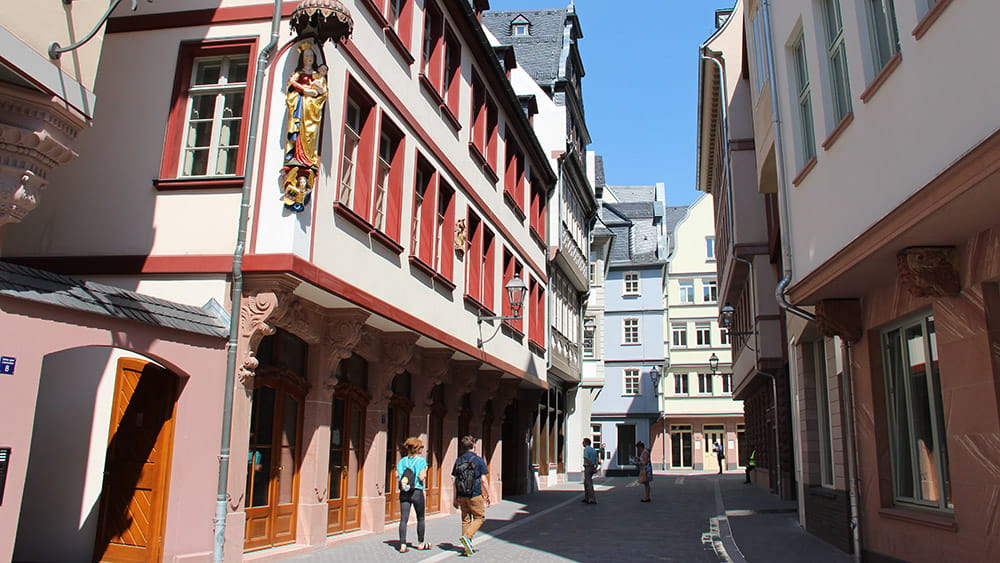 Experience the highlights of the New Frankfurt Old Town on a virtual tour: Goldenes Lämmchen, Rotes Haus, Hühnermarkt and other highlights are just a few clicks away. 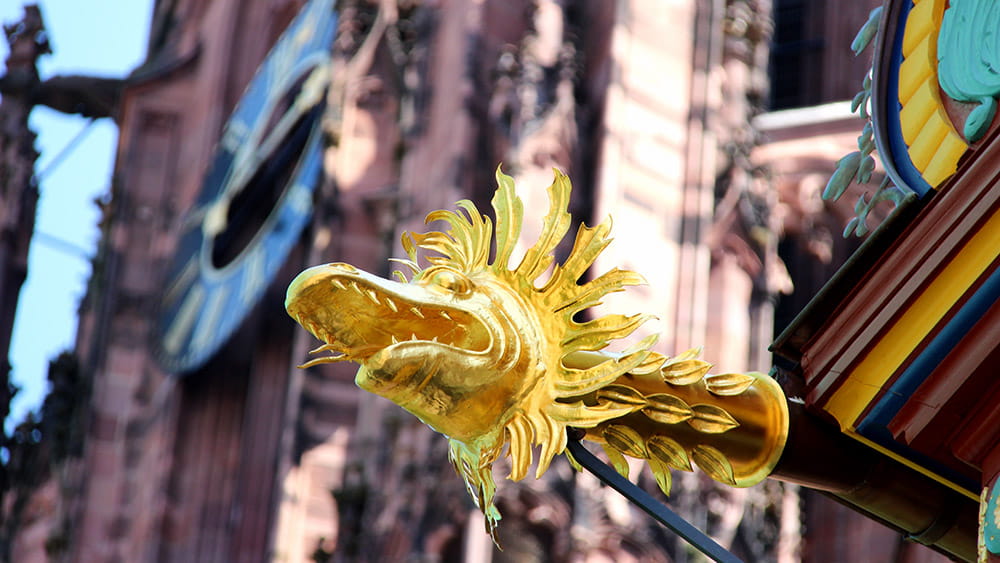 Learn more about the project of rebuilding Frankfurt's old centre: New life between the Cathedral and the Römer Square