Frankfurt am Main is among the most built-up cities in Germany; the population rose to around 690,000 in 2013. In 2010, approximately 22,600 gigawatt hours (GWh) of final energy were consumed – just under 1 % of German’s final energy consumption. 95 % of this energy was imported, i.e. generated outside of Frankfurt and, as a rule, outside of the region. Since the beginning of 2013, Frankfurt has developed the “Masterplan 100 % Climate Protection” – a vision of how the city can halve today’s final energy consumption by the year 2050 and meet the remaining demand entirely from regenerative energies.

This is to go hand-in-hand with a 95 % reduction of carbon emissions. The process is financially supported by the Federal Ministry for the Environment, Nature Conservation, Building and Nuclear Safety (BMUB). The study by the Fraunhofer Institute for Building Physics (IBP) shows measures and ways of achieving these objectives. It identifies means by which the energy consumption and the associated emissions can be reduced through the development of predominantly local, regenerative energy generation and through efficiency measures. 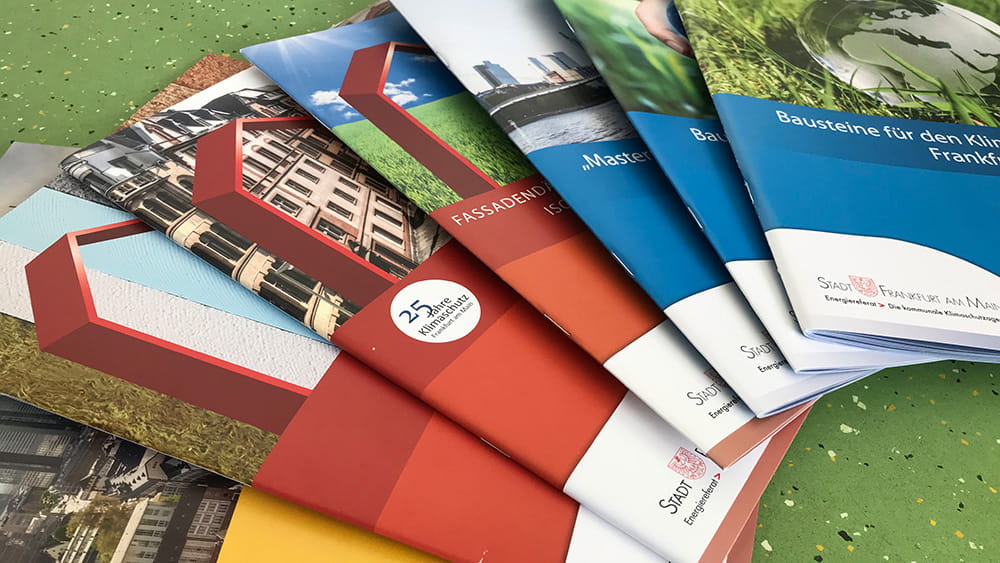